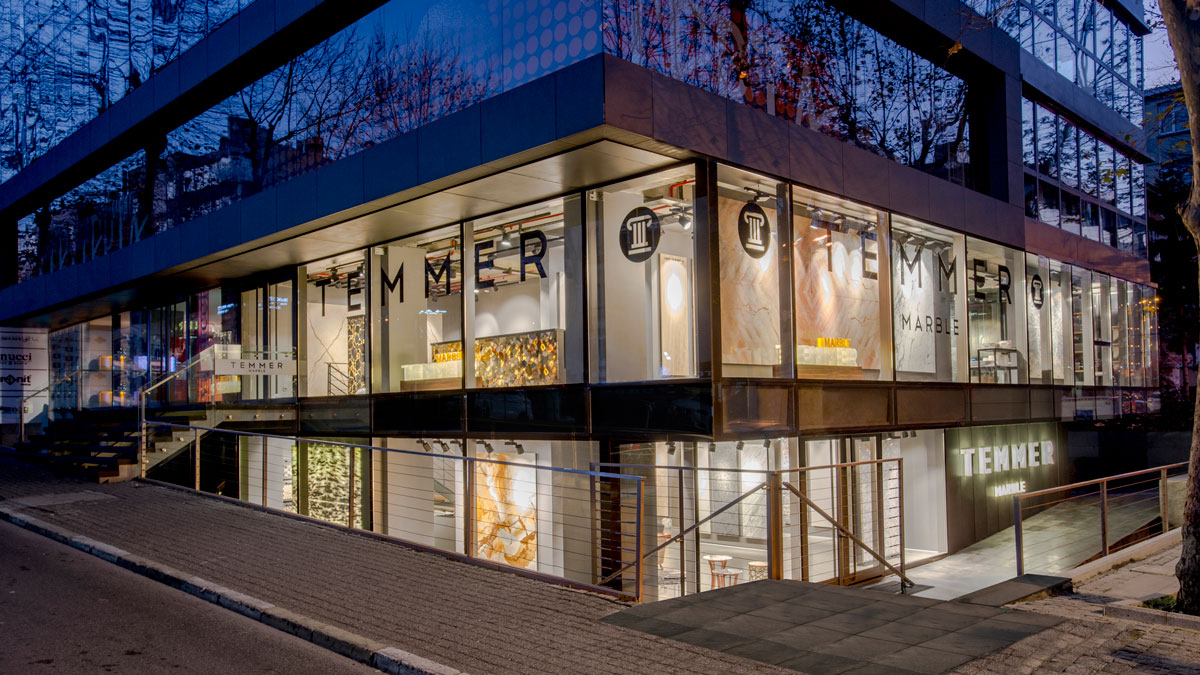 Temmer, who owns one of Turkey’s largest marble quarries and brings marble to life by utilizing the world’s most modern technologies, was founded in the city of Afyon in 1998.

Currently the leading company in the natural stone sector in Turkey, Temmer launched its first investment in 1998 at the beige marble quarry in Bilecik, which ultimately became one of the nation’s largest marble quarries. Over the years Temmer has opened an additional six quarries in Turkey’s most important marble reserve areas, namely Afyon, Eskisehir, Mugla. Also in 1998, Temmer completed the largest investment in the natural stone sector by establishing a world-class manufacturing facility in Afyon.

The 42,000 m2 plant is situated on a land area of 107,000 m2 and has become the third largest facility of its kind in the world. It’s completely computerized machines possess ultra modern Italian technology and have been integrated by Temmer with the latest advances in the rapidly developing Turkish machinery industry, thus fostering the development of the nation.

With its new generation technology of fully automated robot machinery setting it apart in the sector, Temmer ranked first among all natural stone companies in the use of Slab augmentation systems.

As it continues to initiate fresh investments in the new quarries, Temmer is simultaneously increasing its plant capacity, already among the world’s largest integrated facilities, in order to keep pace with the high production rate of its quarries in Turkey.

Featuring a wide range of products, Temmer offers the sector new generation solutions for both standard and custom made products, which is in line with the world-class productions standards that exceeds even Turkish norms.

All this is made possible because of the Company’s advanced technology and high quality standards, as well as the success of its sustainable production processes. Temmer produces marble in the form of blocks, slabs and cut-to-size products and exports to approximately 40 countries around the world, including United Kingdom, North America, Europe, Central Asia and the Far East.

Social Responsibility
Temmer processes natures greatest gifts of natural stone but also leads the way by supporting local projects and investing heavily in its responsibility towards nature. Temmer plants trees to give back and to maintain natural life with the collaboration of the TEMA Foundation in Turkey. 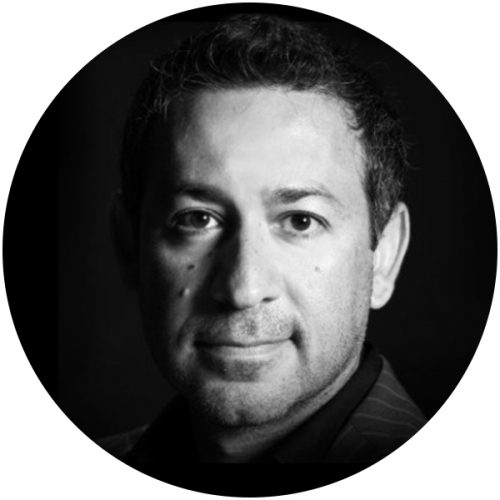 Kourosh graduated with Mining Engineering Degree, in 1995, and started working in Natural Stone Industry right away. After years of working at multiple quarries as a quarry manager and manufacturing facilities as Production Manager and understanding the technical skills of the industry, he realized that it’s time to work on his organization and management skills. He graduated with Master in Business Administration, in 2004, and then joined the team in the largest quarrier company in the world as an Executive. After a decade, he was ready to open TEMMER North America. Clients appreciate his dedication and intense attention to detail and above all else his sense of style. 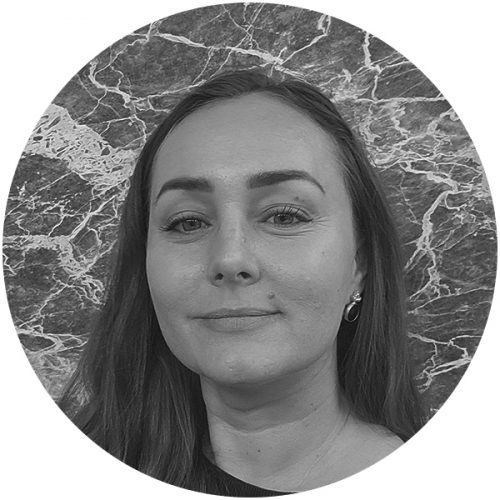 A wearer of many hats, Valerie brings a sense of creativity as Marketing Director to TEMMER and is always looking for new ways to showcase the amazing products and people at TEMMER. With her Bachelor degree in Communications from Hawaii Pacific University and a MBA from Embry-Riddle University, but more importantly her sense of humor contribute greatly to the TEMMER team. 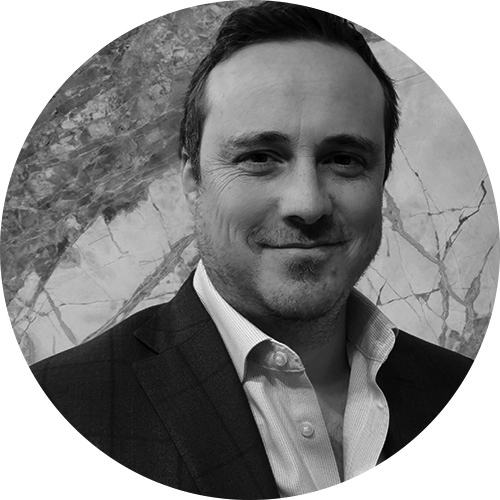 Patrick joined TEMMER in 2022, bringing 20 + years of experience in Luxury Retail, Operations, and Executive Management in Europe, the Middle East, and the United States. A thoughtful, hands-on, intentional leader who focuses on developing his teams while collaborating with and inspiring internal and external partners.
Patrick is a huge football (soccer) fan who has supported Liverpool FC since birth and is a founding member of Atlanta United FC. 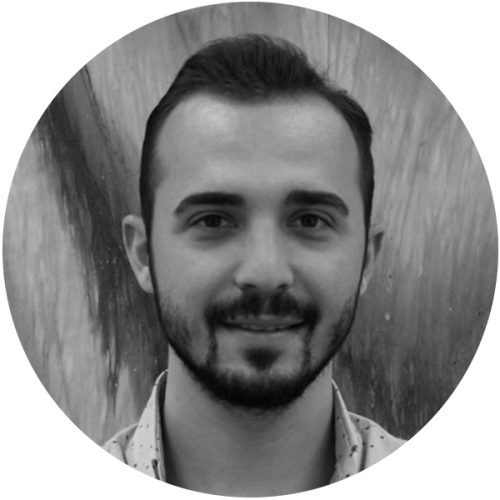 Tarik graduated from the Department of Architecture. He worked in many different branches of construction  and he pays attention to details and works to realize the dreams of customers. Tarik works at TEMMER to create unique products and projects by adapting his Architectural skills to marble industry. 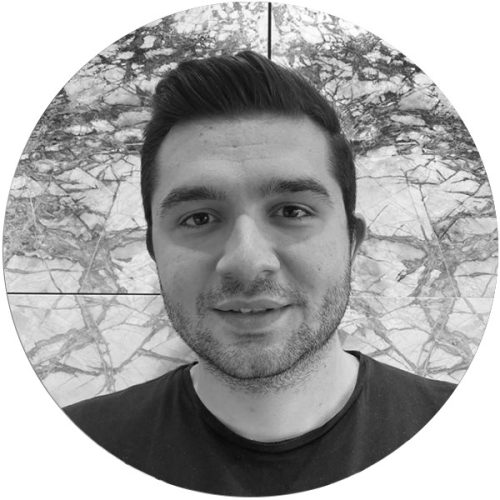 Yigit graduated from the Department of Engineering.Yigit has worked in the procurement field in various roles for 2 years in TEMMER. He has the experience to identify which goods and services the company needs. Also he inspects the goods for customer satisfaction.